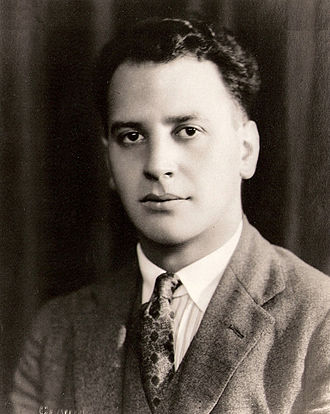 Samuel Kutchers' public performances and broadcasts as a violinist spanned from 1911 to 1960 as a solo artist, leader of the Kutcher String Quartet, other String Ensembles and Orchestras in the U.K.

He was born on  the 7th April, 1898 at 5 St. Mark Street  Whitechapel, London, the 7th of 10 children born to Emanuel  and Anna Kutscher, both Jewish immigrants from Poland.

He began violin studies at the age of 6. At the age of 12 he obtained his first musical scholarship at the Trinity College of Music, London. In 1911, he made his first public performance at the Queen’s Hall, London, in  a musical trio  with Richard Johnson on piano and Giovanni  Barbirolli on violoncello later going onto to the Guildhall School of Music where he studied the Auer method with his uncle,  Kalman Ronay, himself a well know violin player and teacher, and  nephew of Leopold Auer.

At 16 he  moved  to the Royal Music School where he studied with Maurice Sons, a famous Dutch violinist and great interpreter of Bach and the classics.

In the Musical Times May of 1st 1911, in an article on the "School Musical Review Trinity College of Music"  it said  "The orchestral class gave a concert  at the Queen’s Hall on April 6th , at which the most striking achievement was that of the violinist Master Samuel Kutcher."

At the age of 17 Samuel  joined the Queen’s Hall Orchestra under the baton  of Henry Wood as first violinist.

Samuel Kutcher, Private 84125, enlisted in the Army on April 2nd 1917 and was posted to the 31st Middlesex Police Regiment where he stayed for the duration of the War. At the same time he continued playing the violin attending musical recitals in aid of various charities.

In 1920 he resumed his violin studies under Albert Sammons, and started playing professionally again. He joined the The Philharmonic String Quartet for a short period whilst developing his solo career. It was at some point early in 1922 that Samuel formed his own ensemble, the Kutcher String Quartet which was to continue until 1940 playing on Radio and regularly touring the UK.

In 1923 Samuel was invited to become the leader of the Symphony Orchestra  for Children, where he stayed until 1935. This was an initiative of Robert Mayer,  a businessman and philanthropist who wanted to promote music education to children. In fact adults were only allowed in if accompanied by a child.

Samuel engaged in Charity concerts throughout his performing career. He clearly had sympathies with plight of Russians and he supported Jewish and Zionist charities. On the home front his charity works were directed mainly towards children to include the Y.M.C.A, hospitals and orphanages.

During World War II  he continued to perform on the Radio and tour under the umbrella of CEMA. After the War he rarely made public performances and focussed on teaching,  beginning at the  Royal Academy of Music, moving on in later years to the London College of Music and Trinity College of Music where he was made a Fellow.

Samuel Kutchers Recordings on the DJSA

Here is a link to the tracks Mr. Jeff Kutcher gave us that were recorded by his uncle Samuel Kutcher.

The following is a link dedicated to the life and recordings of Samuel Kutcher.

And here is a link about the Kutcher String Quartet.